Haruka is Fuyuhi Himino’s friend who is easily influenced by other people's opinions and she comes to Kurosawa Antiques to have her fortune read that she might be hiding a secret between her and Fuyuhi.

Haruka was friends with Fuyuhi back in high school. During their time in High School, Haruka and Fuyuhi attempted group suicide with three other girls, known as Chiaki, Tsuyuno, and Natsuho, however both Haruka and Fuyuhi survived this. They kept this a secret and promised to go together someday. Eventually, Haruka was lured into a reliquary in the Womb Cave. Later in the game, Yuri Kozukata finds Haruka in the reliquary and manages to get her back to the shop safely. However, later in the night Haruka wanders out of the shop and vanishes with Fuyuhi's ghost leading her back to the mountain, as shown on CCTV cameras.

After this, the player comes into combat with her ghost later in the game multiple times, who appears with a veil covering her head akin to what the Maidens of Black Water wear. This, along with her second entry in the notes section and the subsequent entries in the Ghost List confirm that she was interred in a reliquary and was made a pillar of the mountain. The Ghost List describes her ultimate fate thusly:

"Drawn to Mt. Hikami due to her psychic abilities, she was put in a reliquary and made into a pillar.", which confirms her death.

Haruka's first appearance as an enemy is during the Fifth Drop, where she attacks Ren Hojo and Rui Kagamiya during their journey through the Womb Cave. She also appears in the Eight Drop, teleporting back to the cafe's storage room where she stayed and paying a visit to the sleeping Miu Hinasaki. When Ren returns back to the surveillance room, she finally attempts to attack him and Rui.

During the Final Drop, Haruka can be encountered alongside Fuyuhi should Yuri choose to visit Haruka's box at the Womb Cave. 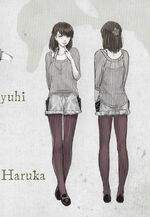 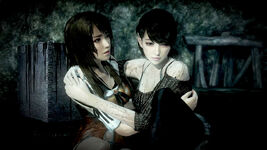 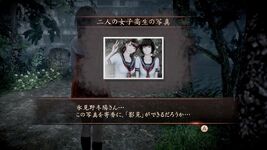 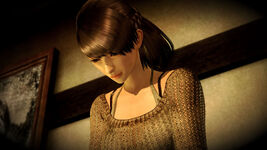 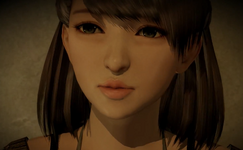 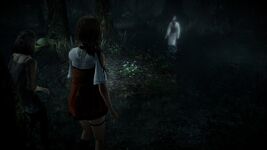