Descended from one of the shrine maidens who fled Mount Hikami, Hisoka inherited both the Shadow Reading ability and the name "Kurosawa", which was given to certain priestesses who were designated guardians of the Shadowspring. She was trained to use Shadow Reading by an old woman, who also left her the Camera Obscura which Hisoka and Yuri both use in the game.

Hisoka's skills at Shadow Reading became well-known locally. Her shop was popular among schoolgirls who wished to have their fortunes told, and people searching for lost items. She helped Ren out several times. Eventually she was approached by a woman who wanted help finding a missing relative, Akari. Hisoka traced Akari to the summit of the mountain and found her standing on the cliff ledge, but before Hisoka could reach her, Akari jumped to her death. The incident left Hisoka traumatized and blaming herself.

Later she found Yuri in the same situation as Akari, and managed to save her at the last moment. The two became close, and Yuri moved into Kurosawa's Antiques with Hisoka. Nevertheless, the loss of Akari made Hisoka reluctant to take on missing person cases, and she warned Yuri against it as well.

In the first chapter, Hisoka and Yuri visit Mikomori Hot Springs, where they hope to find an album of burial photos that Ren is interested in. Hisoka gives Yuri instructions about how to use the Camera Obscura and her own psychic abilities to follow the shadows of the past. They successfully locate the album. On their way out Yuri is attacked by a spirit; she defeats it, but the experience leaves her shaken, and Hisoka apologizes for asking Yuri to come.

Between the first and second chapters, Hisoka receives a missing person report from a former regular, Fuyuhi Himino, concerning Haruka Momose. Hisoka feels she can't refuse. She leaves Yuri in charge of the shop and goes to the mountain alone. Believing that Haruka might have been taken as a Pillar, she goes to the Lake of the Departed at the mountain's summit, and there a spirit captures her and entombs her within a casket. Her Camera Obscura is swallowed by the water and washed all the way downstream to the foot of the mountain, where Yuri finds it.

Yuri has begun to take on cases in Hisoka's absence, searching for her all the while, and eventually finds her at the Shrine on the Water. Hisoka says she wishes to stay as a sacrifice, so that Yuri will be safe, but Yuri refuses to leave her behind, and fights off the spirit of a shrine maiden who possesses Hisoka when they try to leave.

The two return to the shop. Yuri makes Hisoka a cup of coffee, in a scene echoing the aftermath of Yuri's own suicide attempt. Hisoka sleeps for the rest of the game, only returning to Mount Hikami in the final moments of the climax.

There are two possible endings, depending on Yuri's actions. In the good ending, Hisoka reaches the shore of the Lake of the Departed, and she and Yuri are reunited in the full light of day as the curse is lifted. In the bad ending, Hisoka finds Yuri again on the cliff edge. She calls out to her, but Yuri jumps to her death before Hisoka can reach her. Hisoka collapses in tears on the ledge. 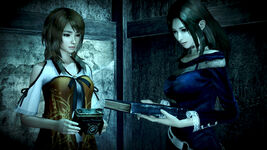 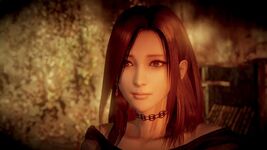 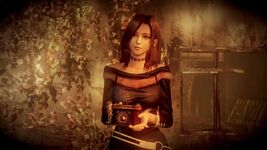 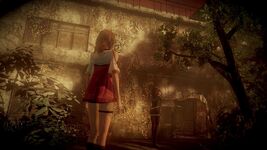 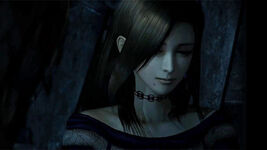 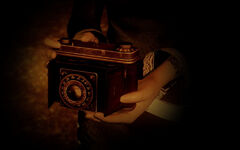 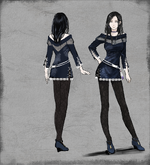