Itsuki Tachibana is a male character and non-hostile spirit in Fatal Frame II: Crimson Butterfly. He is one of the souls trapped within All God's Village.

Itsuki meets Mio and Mayu Amakura after they find themselves trapped inside the village. He first gives advice to Mio after she lost track of her sister, letting her know the way to reach the Kurosawa House, where he believes Mayu is headed. During the entire time that Mio and Mayu speak with Itsuki, he addresses them as Yae and Sae Kurosawa, the last twins meant to undergo the village's secret ritual. His help is limited, however, as he is only able to give advice from within the storehouse he is locked in.

Itsuki was one of the villagers that resided in the village before the Repentance occurred. He belonged to the Tachibana family, one of the influential families living in the village. He had two other siblings, a twin brother named Mutsuki and a younger sister named Chitose. The twins were regarded as Altar Twins, the male equivalent of the Twin Shrine Maidens. The two brothers were the twins that performed the Crimson Sacrifice Ritual before Yae and Sae were tasked to. Itsuki was the older brother and was given the responsibility of sacrificing his younger brother Mutsuki. They failed however; Mutsuki's sacrifice did not calm the Hellish Abyss, and the Kurosawa twins were tasked with performing the ritual.

Following Mutsuki's death, Itsuki was beget with grief and his hair turned white. Itsuki and Mutsuki made a promise to never let their friends Sae and Yae suffer the same fate they had, and before the ritual would take place yet again, Itsuki formulated an escape for the twins. He wrote a letter to his childhood friend Ryozo Munakata, who left the village to become a folklorist, to ask him to care of Sae and Yae after their escape.

On the night of the escape plan, Itsuki was locked in the Tsuchihara storehouse for interfering with the ritual process. Thinking that he, again, failed to save anyone, he found no other choice but to commit suicide hoping to be reunited with his twin brother.

Like everyone who fell to the Malice, Itsuki's soul was trapped inside the village. He refers to Mio and Mayu as "Yae" and "Sae", helping the two find a way to escape the ritual and the village as he did with the Kurosawa twins.

When Mio visited the storehouse for the final time, she learns of what befell Itsuki and left with only his final thoughts and regrets over his loss.

In the added Promise ending found in the Fatal Frame II: Crimson Butterfly Director's Cut edition, the ending shows Itsuki's spirit being reunited with Mutsuki's soul, showing that the two are finally able to be at peace, along with their younger sister. 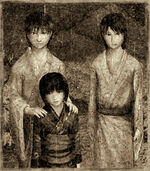 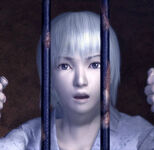 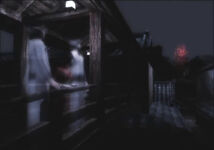 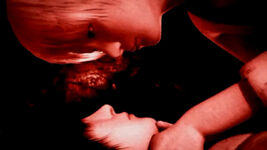