Mafuyu is the elder brother of Fatal Frame's main protagonist, Miku Hinasaki. He is only playable in the game's prologue; the rest of the game is played as Miku.

After learning of Junsei Takamine's disappearance, Mafuyu searches for him in the Himuro Mansion. He is attacked by Kirie Himuro, but is spared due to his striking resemblance to her old lover.

In the end of Miku's journey in her dream of the Himuro Mansion, she opens a door and the screen fades black and white. Miku then see Mafuyu's spirit walking to an almost endless hallway. Miku calls Mafuyu, but he doesn't answer. Miku starts running towards Mafuyu, and Rei emerges from Miku. As Miku runs away to see her brother, Rei attempts to follow her, but she was too fast and disappeared. As Rei wakes up, she discovers that Miku will not wake up. It became clear that she was possessed by the curse.

Mafuyu briefly reappears again in a cutscene in Fatal Frame: Maiden of Black Water, in which he and Miku Hinasaki are joined by Ghost Marriage, a form of posthumous marriage. Miku speaks often of Mafuyu and her longing to be with him again. Miu Hinasaki is revealed to be a Shadowborn, the child of a dead person and a living one, and it is heavily implied in the game that Mafuyu is Miu's father, though this was not stated until the release of the official guidebook.

The guidebook states that Miu was conceived in Miku's dream at the end of Fatal Frame III, when she and Mafuyu were able to meet briefly at the Abyss of the Horizon. 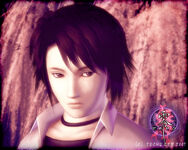 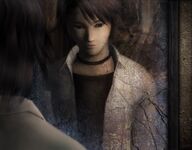 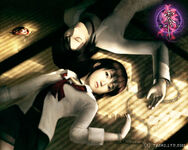 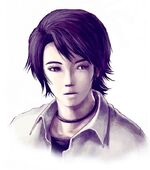 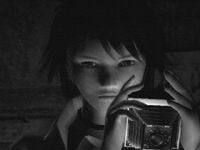