Fatal Frame Wiki
Register
Don't have an account?
Sign In
Advertisement
in: Spirited Away, Deceased, Ghosts,
and 11 more

Makie Kuzuhara, who is widely known as Wandering Mother, is a hostile ghost that haunts the Manor of Sleep in Fatal Frame III: The Tormented.

As she was still alive, she discovered the body of her deceased husband and was unsure how to tell her daughter, Kozue Kuzuhara the truth. She told her that he has gone missing and so they began searching the mountains daily together. Makie never knew that her daughter witnessed her husband's death.

After several weeks of being missing, a neighbor stopped by to check on them, he knocked on the door however, there were no response so he entered. All what was left from them was dark stains from the Tattoo Curse.

Makie not only deceived her daughter about her husband being missing but also herself. She believed the lie she made and started searching endlessly for her husband in the floors of the Manor of Sleep. She asks those whom she encounters about his whereabouts.

If the player completes the Mother and Daughter side quest, Kozue will leave a scrap of paper explaining to her mother how her father died. Despite learning the truth, Makie does not blame her daughter and continues to search for her. 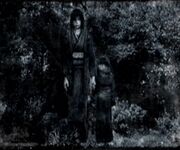 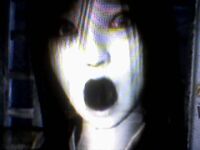 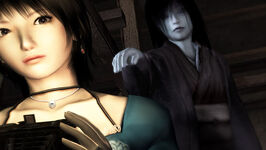