Minakami Village (皆神村), also known as All God's Village, or The Lost Village, is the main setting in Fatal Frame II: Crimson Butterfly and the village in which the game takes place.

While visiting their childhood playspot, Mio and Mayu enter the village after Mayu follows a red butterfly. Like the first Fatal Frame, Fatal Frame II takes place in just this one area, however, throughout the game the player must enter and explore many houses and landmarks.

All Gods Village is a deeply spiritual community with a high priest as its leader, secluded in a remote valley. They place high value in their ceremonies and rituals. The village is the home of a myth about a gateway to hell—a great chasm deep underground which leads to the world of the dead, or the Underworld.

Visitors to the village were often struck by the butterfly motifs adorning the various buildings and temples, as well as the the unusual twin deities statues throughout the village.

The village was dominated by four main families:

An inordinately high number of twins are born in Minakami Village, usually rotating between the families. Twins are highly regarded and cared for as they play a very important role within the village.

Life in the village was initially difficult as it was cut off from the outside world and crops were difficult to grow. Minakami village also suffered from frequent earthquakes. However, the village soon became quite prosperous and wealthy, (as a player can see from the rich houses,) through the guardianship and blessings of the Crimson Butterflies and the Remaining.

The village rests on top of an elaborate system of underground tunnels, both natural and mined. All of the homes in the village are interconnected via these tunnels, which were used for storage, travel between buildings, and rituals. Under the heart of the village was a large candle chamber, which then lead to the Hellish Abyss.

The Abyss, hidden deep underneath the village, was feared by the villagers as the gateway to Yomi. The villagers created rituals to satisfy this Abyss and keep away the Repentance. The numerous earthquakes were seen as the Abyss signaling its displeasure.

The main ritual to appease the Abyss is the Crimson Sacrifice Ritual, in which one twin strangled the other to death. The Remaining twin after the ritual became a local deity, blessing the village and crops with prosperity. A minor ritual which took place between Crimson Sacrifices if the Abyss was causing earthquakes, was the Cutting Ritual, in which they captured an outsider and caused them great suffering before sacrificing them to the Abyss.

Criminals in the village would be blinded and sent to live in the underground tunnels as Mourners, servants dedicated to the Abyss, maintaining the tunnels, and the Veiled Priests, who carried out the ceremonies.

The village was "spirited away" into the land of the dead, and disappeared from the map after a series of failed Crimson Sacrifices resulted in an event called The Repentance.

"Malice" spilled out of the Abyss, corrupting the village and plunging it into a timeless loop of eternal night. Previous sacrifices thrown into the Abyss returned and began slaughtering the villagers, whose spirits became trapped in Minakami. Those living villagers who were not caught in the the initial massacre slowly starved to death in hiding, or were eventually caught and killed by the corrupted spirts of their former neighbors, becoming corrupted spirits themselves.

Minakami village became the subject of legend over the years as the "Lost Village. Occasional, unlucky visitors to the valley where it had stood could accidentally be spirited away to the village by passing the torii gate marked by the twin deities statue, the only remaining pieces of the village. Such people became likewise trapped until they died of starvation, exposure, or (most likely) being hunted by the corrupted villagers, with their spirits then joining those in the village.

The valley and forest where the village once stood appears to be a vacation spot, since Mio and Mayu visited frequently as children. The area is slated to be submerged under a lake, which will form after the completion of the All God's Dam development project. Surveyors dispatched to survey the site have gone missing, spirited away to the village. Mio and Mayu's visit at the start of the game was also prompted by a desire to say goodbye to their childhood vacation spot before it was covered by water.

At the end of the game, the successful completion of the Crimson Ritual releases many of the corrupted spirits, allowing them to escape the loop. Post-game, the valley where All God's Village was situated was flooded upon completion of the All God's Dam development project. Since water is considered a source of purification in Shintoism, the lake is likely a natural barrier to the Abyss spreading further malice again in the future, and a way of purifying the remains of the village. 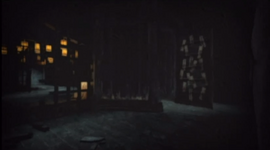 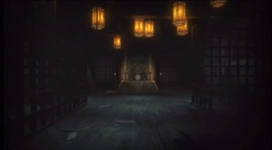 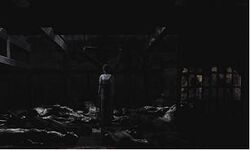 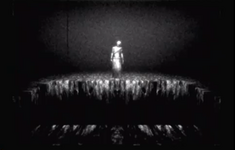 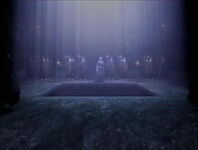 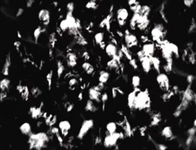 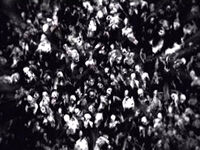 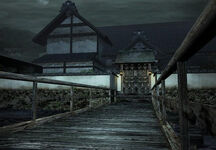 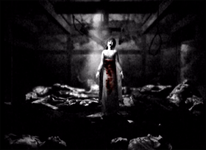 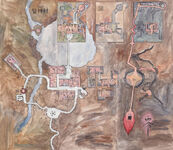 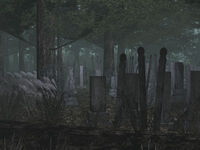 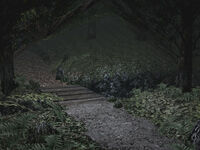 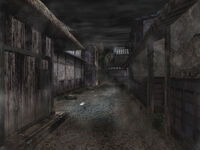 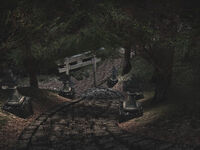 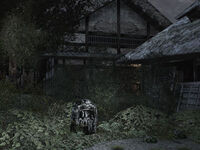 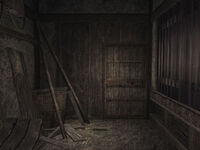 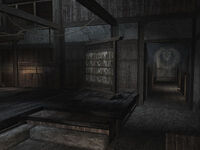 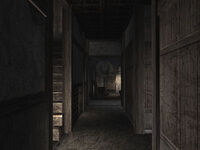 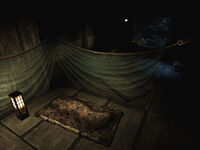 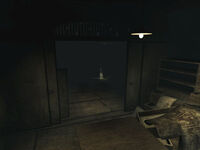 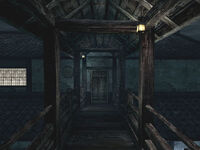 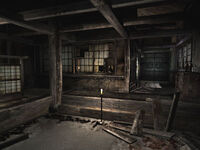 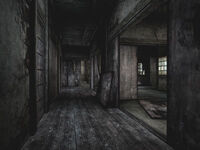 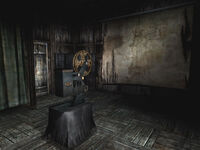 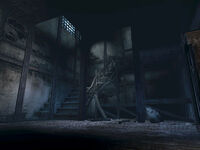