Watashi (わたし, literally "I") is a hostile female spirit in Fatal Frame IV: Mask of the Lunar Eclipse. Watashi was Kageri Sendou's doll and playmate, made to look like Kageri's deceased twin sister, Kaoru Sendou. Kageri was never able to overcome her grief at the loss of her sister, who died in an accident, and so she poured all her emotion and attention to Watashi, pushing it around in a red wheelchair and taking it on daily walks around the island. Kageri's obsession with the doll was so strong that in death it continued to exist alongside her as a ghost.

Watashi, like her "sister", wears a dour-looking dress with black lace around her arms and feathery accents, all of black color. Unlike her "sister" she has no hat and the bottom half of her dress is ripped to shreds. Her skin, particularly her face, shows signs of cracking paint, much like those found on the mannequins within Room 311. Except for the lack of eyes, she can easily be mistaken for a human, as Ruka Minazuki does upon seeing her for the first time.

In battle, Watashi is a particularly disturbing opponent. Like most ghosts she floats, disappears, and reappears around the player, however, when she begins to attack she approaches in a zombie-like manner, resembling a living doll. When closing in on the player, she will suddenly move very quickly making it hard to escape without damage.

There are two battles that include Watashi: 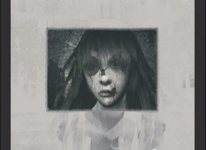 A photo of watashi in battle
Community content is available under CC-BY-SA unless otherwise noted.
Advertisement